Aicha Thiam was born in Antwerp in 1979 and lived there for the first 3 years of her life, after which her family moved back to Senegal. The stories that her mom told her about Antwerp during her childhood, made Aïcha desire to return to her birthplace. But when in 2006 Belgium gets shocked by the murder on the pregnant Malinese woman Oulematou Niangadou, Aïcha’s  idyllic vision on the city and her wish to migrate to Europe radically change. In this documentary she visits Antwerp to talk openly to migrants about their dreams, fears and insecurities. 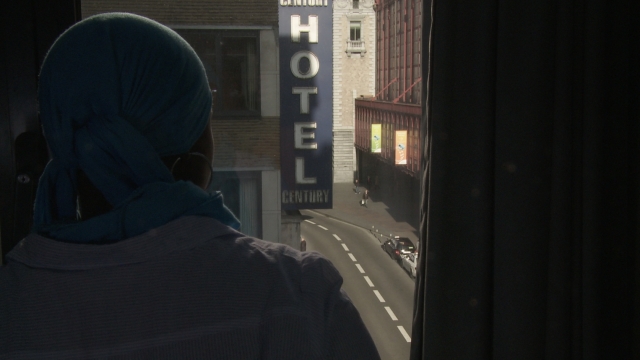 Aïcha Thiam studied film and production in Dakar, Senegal and Alexandrië, Egypt and France. She specialised in documentary film. She works as a director for the RTS (Senegalese National Broadcaster). Black Sister’s Street is her first feature length documentary film.