During the Amsterdam Roots Festival a number of documentaries about music and circus will be screened by the Cineblend Festival.

Including an aftertalk with the directors Frans, Sylvia and Ruben Bromet, moderated by Godfrey Lado (read more about Godrey on 180 Amsterdammers). Music by Nawras Altaky, ud player and refugee from Syria. Earlier this year he played a impressive version of A Night Like This with Caro Emerald in the Dutch Tv show Pauw and at the Sound of Change concert in Paradiso.

Music on the run

In the refugee camp at Calais a man is singing: “I'm here, but my soul is across the sea.” It is a striking description of the mood of the thousands of refugees in the camp, many of whom have been camping out there for months. In the makeshift encampment, the hope of a better life has been replaced by fear, sorrow and apathy. What remains is music. Music gives the occupants of the camp back their dignity, and gives Calais a human face.

Frans Bromet studied at the Dutch Film Academy and worked as a cameraman for many Dutch feature films. As a documentary filmmaker, he is best known as the creator of Buren (Neighbours), a series in which he interviews disputing neighbors. Silvia Bromet is editor and creative producer. At the moment she is developing a documentary about the life of Willeke Alberti, a well known Dutch singer. 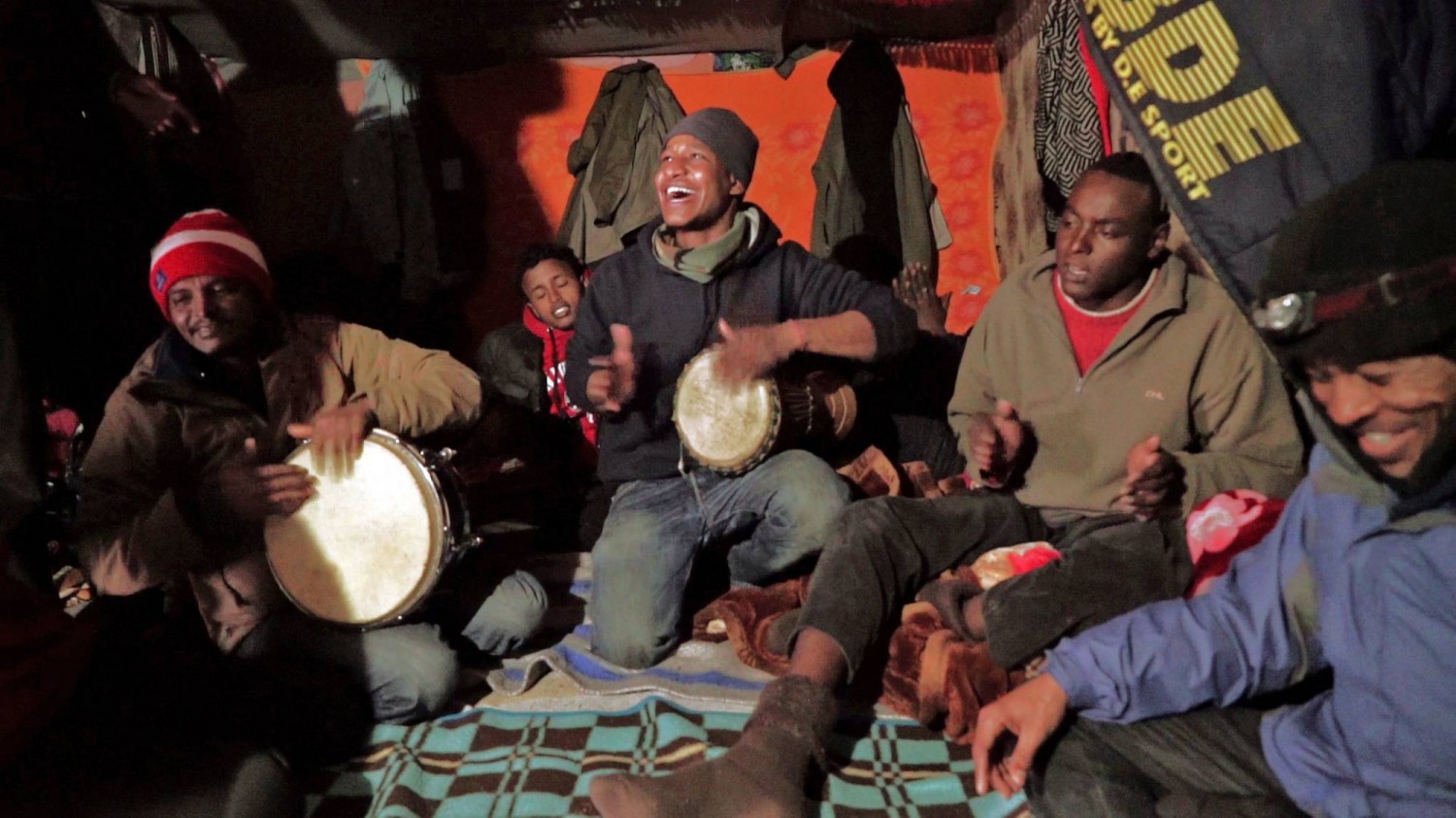